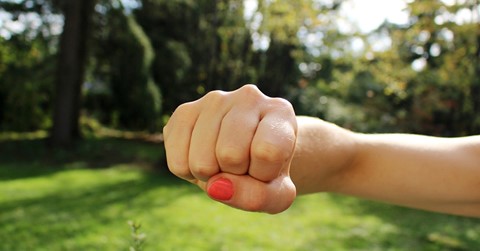 ENTIRE CLASS OF PARENTS TAKES CHILDREN OUT OF SATS

An entire class of Year 2 parents is boycotting SATs. The fifteen parents from Bealings village school near Woodbridge in Suffolk say their teachers should be teaching – rather than teaching to the test. The Key Stage 1 tests are being phased out in 2022, so the parents are ahead of the game.

“We understand that the headteacher has a legal obligation to submit the tests and to make sure the children are doing them, but as parents our opinion overrides that and, frankly, so it should.”

“The tests are going in 2022. Why should our children sit them now? My message to the government would be that we as parents want high standards. We want our children to have a broad, rich and enjoyable time at school and it is being spoilt by this constant testing.

I hope that other people will hear about what we are doing and start the conversation with their headteacher. I think when something is so wrong we need to stand up and say so.”

The head and governing body at Bealings primary school have respected the parents’ wishes for their children not to take part in the tests, which happen throughout May. Chair of governors, Rick Gillingham, said:

“As a school we are certainly not going to stand in the way of that and it fits in with our ethos that overtesting is not something we would go along with. The whole landscape around SATs has changed and is now under challenge.”

In 2017 the education select committee of MPs investigated SATs and reported that “the high stakes system can negatively impact teaching and learning, leading to narrowing of the curriculum and ‘teaching to the test’, as well as affecting teacher and pupil wellbeing.”

The skills minister, Anne Milton, said in an answer to a parliamentary question in 2018 that “children attending school are not legally required to sit the national key stage tests.” Heads, meanwhile, have a statutory duty to adminster them.

This year the national director of education at Ofsted, Sean Harford, told an all- party parliamentary group: “We don’t actually need SATs to inspect”.

Bealings school has had repeated “Outstanding” Ofsted verdicts and is five times oversubscribed. It is known for its focus on creative and collaborative learning and strong teacher assessment, with minimum preparation for tests.

The Bealings parents have participated in a film which will be shared on social media and will be uploaded to these websites on May 8th.

Let Our Kids Be Kids and Rescue Our Schools said in a joint statement:

“We support the Bealings parents in acting in what they believe is the best interests of their children. The Department for Education continues to ignore the evidence that the system is broken and until headteachers come together to challenge the culture of high stakes testing, parents understandably feel they have to make a stand – not just for their own children but for children all over the country who are suffering.”

Background information: Both Let Our Kids Be Kids and Rescue Our Schools were set up by parents in 2016 to campaign to make education a more positive experience. Let Our Kids Be Kids organised the first ever Kids’ Strike in 2016 in protest at the damaging effects of SATs. Rescue Our Schools campaigns for wholesale reform to state education, with constant updates on Facebook.

We SUPPORT teachers and schools who want to see an end to high stakes primary testing. Ending externally set SATS is a step towards returning to a curriculum of teacher led joy and wonder... moving away from teaching to test and towards an inspiring and creative journey through primary school. We want our kids to be kids... not robots in exam factory testing machines!